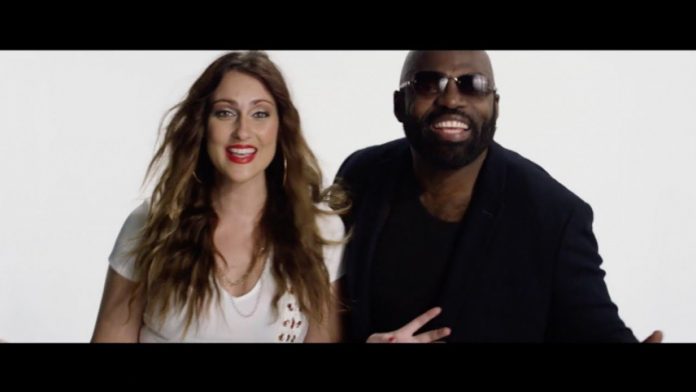 By giving a unique, new and timely twist to an old song, Richie Stephens believes that this upcoming single ‘Black and White’, recorded with Italy’s Ska Nation Band featuring Paola Pierri, provides strong visual testament to his belief that humanity is one. As he explains it: “Working with Ska Nation Band in itself demonstrates this. Our new single is further confirmation of that fact.”

Richie Stephens, an artist known not only for reggae music but also for groundbreaking experimentation with different rhythms, has been working with the Ska Nation Band since 2015, appearing live with them at reggae festivals such as Jamaica’s Sumfest and Germany’s Reggae Jam. They also have been recording together.

Asked why he was inspired to gravitate from reggae to ska, Richie responded that Ska, the Jamaican forerunner to Rocksteady and Reggae which fittingly, like the lyrics of the song that has an association to the fifties, can once again become relevant when presented in a new and thought-provoking light. As he says: ““I truly think ska music should be preserved and respected by us as Jamaican people for being our first international music”.

Written by David Arkin and Earl Robinson, the lyrics of ‘Black and White’ were inspired by the United States Supreme Court decision of Brown v. Board of Education (1954), which outlawed racial segregation of public schools.The most popular previous version of the song was recorded by the American rock group Three Dog Night in 1972 (although it was first recorded by Pete Seeger in 1956, followed by Sammy Davis, Jr. in 1957)). 1972 was a time when tension between black and white – although somewhat tempered by the Civil Rights Bill of the sixties – was still quite high and, much like today’s tense situation, called for people opposed to racism to speak out against it whether in prose or in song. Recording this new version was a powerful and positive experience for all participants and the hope is that those emotions will inspire the listener to also work towards a united racial future. By bringing the past into the future via song one sees how important and relevant this is. As producer Tucker puts it “working on this track evoked nostalgic feelings as a young teenager having no understanding of what the song was about, yet feeling connected, and at the same time, giving value to self and what life is all about: standing for something”, a summary with which Richie Stephens and the Ska Nation Band concur.

‘Black and White’, which is also the title of the group’s upcoming album.